Boys vs girls: who will pass the car Theory Test first? | Blog
< Back to blog

Boys vs girls: who will pass the car Theory Test first?

What to expect on your Practical Driving Test

What type of car will you drive?

We are taking on the great gender driving debate, answering whether boys or girls are more likely to pass the car Theory Test first, and who will pass the Practical Driving Test first.

When it comes to driving, you’ll find reams of articles as to why men or women make better drivers, or who is better at reversing or navigating. In this blog, we’re here to answer if males or females will pass the car Theory Test first and why.

We’ll also look at the stats for when, and who passes the Practical Driving Test too.

The car Theory Test pass rates have reduced dramatically over the last decade for both genders, making people believe that Theory Tests have become harder.

For instance, in January 2012, new test questions stopped being published online, and a year later in 2013, the test question bank was completely refreshed. From April 2014, interpreters and foreign language voiceovers were banned, leading to many experts highlighting it as another reason for falling pass rates.

The DVSA and Department for Transport statistics state that in 2007/2008, the average pass rate for males and females was 65.4%.

Why are women better at passing the car Theory Test?

Look at the pass rate table below. You'll notice there's quite a difference over the last decade.

The current overall pass rate for both sexes is 47.3%.

This shows that women have consistently had higher pass rates than men for over a decade. But why?

Who puts in more Theory Test revision and practise?

We conducted our own research that may offer a reason for a higher female pass rate; they revise for longer before taking the official DVSA Theory Test.

There’s a simple message here; to increase your chances of passing the Theory Test, just devote more time to your revision!

Yes, you can try to ‘wing it’, but when each Theory Test costs £23 to sit, it’s not worth wasting your money for the sake of a few more days or weeks of revision.

From our 22 years of experience in educating learner drivers, we recommend that in studying for the Theory Test, learners should be confidently passing a minimum of five consecutive mock tests with high pass rates (over 43 out of 50), with at least 5 minutes remaining from the 57 minutes allocated for the test.

Our Driving Theory Test 4 in 1 App allows you to take as many mock Theory Tests as you need, and by using our Progress Tracker, you’ll clearly know when you’re test-ready. 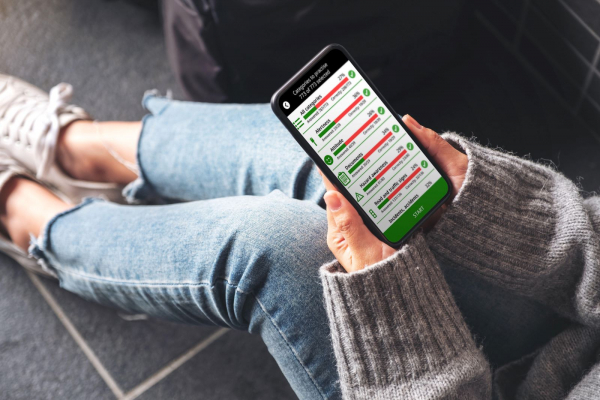 At what age are the highest car Theory Test pass rates found?

The current highest individual pass rate for males is at 24 years old were 47.9% pass, and for the girls, it’s when they are 22, where the pass rate is 51.7%, as shown in the table below.

However, of those that use the Driving Theory Test 4 in 1 App, 48% of both sexes are more likely to pass between the ages of 17 and 19.

Are men or women more likely to pass the car Theory Test the first time?

When you look at who will pass the car Theory Test the first time, 50.3% of 26-year-old males had the highest individual first-time pass rate, and 42.7% of 18-year-old girls pass the first time.

What about pass rates for the Practical Driving Test?

To balance the score a little, it’s men who hold the title for consistently having higher Practical Driving Test pass rates than women.

We can see that of both sexes that more people are passing the driving test (thanks in part to all the brilliant Approved Driving Instructors), but why are the ladies lagging behind?

One reason that is offered by many is that males are just more confident behind the wheel. However, that confidence tends to lead to more dangerous driving.

Last year, Confused.com carried out research that stated men were almost four times as likely to commit a motoring offence than women.

These offences included everything from drink-driving and driving without tax or insurance, to speeding. So, while males are likely to be driving sooner than females, they also may have more points on their licence!

Who passes the Practical Driving Test the first time?

Again, men do better than women here based on the latest statistics.

So, if you’re looking to pass the Practical Test the first time, you need to start your driving lessons early!

Perhaps more young people should take advantage of the Young Driver Programme, where, as long as you’re over 10 years old, you can learn to drive at one of their venues around the country.

Wherever you are on your learner journey, the key advice to take away from all these statistics is that you will learn and pass these tests when you’re ready.

If you want to give yourself the best chances though, you’ll start your driving lessons as soon as possible, and you’ll also put in the right amount of Theory Test revision. And, whether you’re male or female, you’ll try to be a safe and considerate driver so you can keep hold of that licence for the rest of your driving life.

Get all your Theory Test revision using our Driving Theory Test 4 in 1 App for iOS and Android devices for just £4.99