How to pass your Driving Test Yasmin Brough, the lucky winner of our 21st Birthday Car Competition celebrated her win at the office HQ today when the keys were officially handed over.

Yasmin entered the win a car competition last year, shortly after we launched it as part of our 21st Birthday celebrations.

Over 42,000 entries were received where not only was a new car on offer, but the winner would also receive a £1000 voucher toward car insurance from Adrian Flux Insurance Services.
Yasmin, 18, who works at University Hospital Coventry as an Administrator, normally relies on her trusty, but old Ford Fiesta to get around. Now she’s the proud owner of a new Kia Picanto, worth over £11,000.

In sleek black, the 1.0 Litre 5-door hatchback along with 12 months tax, recently won WhatCar’s City Car of the Year for 2019.

Yasmin found out about the competition after she downloaded the Driving Theory Test 4 in 1 App. She was struggling to study for the Theory Test, but by using the app to revise every day, she was able to pass the first time within just one month!

Yasmin said:
“I used the app every day; practising in the morning before work, at lunch, and then after work too! At the weekends I logged on throughout the day as revising in small chunks seemed to help.

“I just don't know how I would’ve passed the test without the app!”

The current pass rate for the Theory Test is only 47.3%, so Yasmin’s approach has certainly proven a winning formula. As the pass rate is quite low, we actively urge all learner drivers to set aside dedicated time and effort to make sure they’re fully prepared before booking in for the test.

Yasmin also used this dedicated approach in tackling her driving lessons. After having a short break to revise for the Theory Test, she began driving lessons again and passed the first time in November 2018.

'It's an amazing feeling when you pass the first time because you hear so many stories where people had to take the test six times before passing!

“I know I've been really lucky to pass the first time.”

Yasmin bought her first car shortly before passing her test as she was keen to get on the road as soon as possible after passing, saying:

“I just can’t wait to drive my new Kia!” 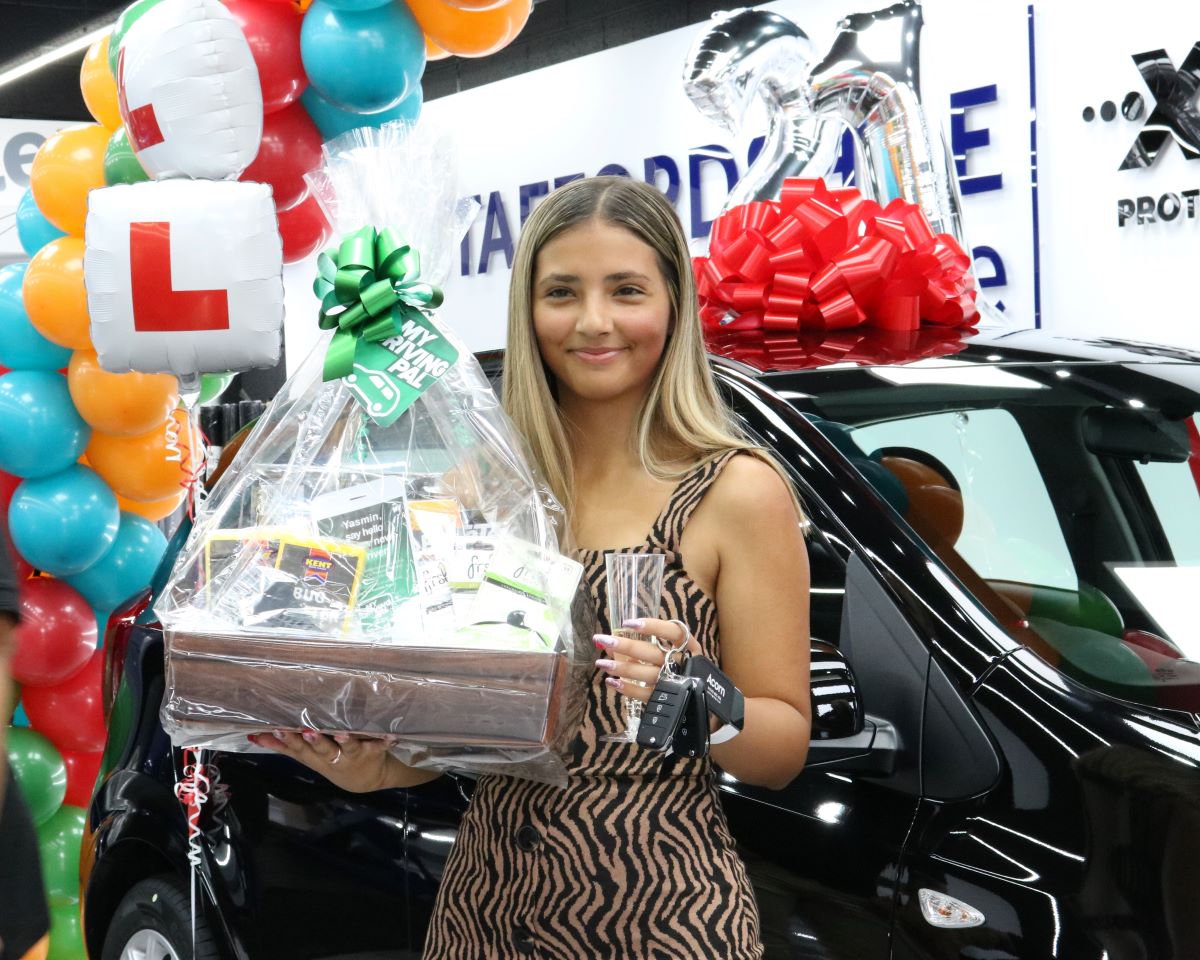 At the celebrations, Yasmin was presented with the keys to her new car, a hamper full of motoring goodies, and a free download of our latest app, My Driving Pal.

The My Driving Pal was launched earlier this year as a companion and ‘co-driver’ for all vehicle owners so they’re able to keep all documents in one place, set reminders, get advice on motoring, MOTs, and even get advice in the event of a collision!

Before driving away with her star prize, Yasmin said:

"I just can't believe I won the competition!”