Clutch and brake control - Diary of a Learner

Continuing with our learner driver diaries, Josh Cambridge explains how he learned clutch and brake control on his driving lessons

Until today's lesson, every time I’ve stopped the car, I've put the handbrake on whether I was stopped at traffic lights, in a queue of traffic, or waiting at a junction. I had obviously seen from being a passenger in cars for the last 17 years that this isn’t what people who can drive tend to do.

Matt, my ever-patient driving instructor, told me how to stop the car without putting the handbrake on and it sounded confusing if I’m honest.

We were mainly just talking about stopping at junctions to begin with.

He told me that as I'm putting the clutch down to brake at a junction, to put the car into first gear while the car is still moving.

If it’s an open junction, then you can look while reducing the speed of the car if it is safe to go.

This means that if you don’t need to stop then you don’t have to, but if you do need to then the clutch is already down and the speed is already reduced allowing you to stop as normal. 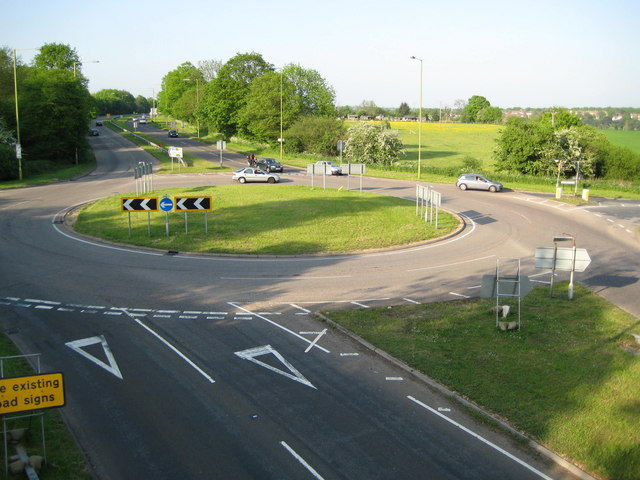 Clutch and brake control at a junction

The most important thing is to stop if there is any doubt in your mind about whether it is safe to go or not.

It’s better to stop and wait a extra few seconds than go when you aren’t sure and potentially cause an accident.

I tried to stop at the first junction that I approached because even though it was an open junction, I'd forgotten what I was doing.

Everything seemed to happen quite quickly (the whole changing gear when braking thing got me a bit muddled up).

I actually had a bit of a disaster whereby I forgot to stop/ran out of time to stop and ended up going straight out at the junction!

Luckily I had reduced my speed beforehand so the situation was manageable. Matt said that he had expected something like this to happen at the first junction, as it’s a different procedure for stopping with the handbrake.

From then on I managed to stop at all the junctions! (What an achievement!)

If you do stop, it is now when the handbrake step disappears from the routine.

Basically, you put your clutch down and brake as normal, but instead of putting the car into first gear and putting the handbrake on, you just keep your foot on the foot-brake and the car will already be in first gear from when you were approaching the junction.

Obviously, if you know that you will be waiting for a while, or if you are on a hill, then you can put your handbrake on.

Keeping the car still using the foot-brake just makes everything quicker when moving away.

Moving away was the part I struggled with the most.

At the junction (when I managed to stop) I seemed to move away like normal - if not a bit slower because I was trying not to lift the clutch up too fast. It was when I was stopped in traffic that I had problems starting again. I just had a complete blank on what to do!

If you are on a flat road then you release the brake and then bring the clutch up.

There was one occasion when I was on a slight hill and I didn’t realise that I was supposed to release the brake slowly at the same time as the clutch and in the end, Matt had to set the car off for me because I just couldn’t get the balance of clutch and brake right.

I do understand how it is easier to just use the foot-brake instead of the handbrake though, as when you are in queues of traffic it makes it easier to just edge forward to keep up with the cars in front.

It is also easier at roundabouts as traffic builds up around them and you don’t want to be the one that’s holding everything else up by putting your handbrake on every time you edge closer to the roundabout itself.

I also learnt about clutch control and that you can make the car move backwards and forwards just using the clutch.

Matt told me to stop on a slight hill and he held the car using the clutch on his dual controls. The holding point is just below the biting point and is very exact.

Moving your foot the thickness of a pound coin can make the car roll backwards or forwards depending on which way you move it, so it is really sensitive.

A lot of people hold the car on the clutch when they are stopped on flat surfaces, my favourite example is when people are at the drive-thru; they are likely to use the holding point as they can stop and more importantly start quickly.

As the holding point is so sensitive it will definitely take me a while to get used to it.

I hope that I’m not the only learner that has these mini-disasters. I feel like it takes me a week to master the skills I have learnt.

Hopefully, this will be the case with clutch and brake control as this is such an important part of driving.

If you haven't passed your Theory Test yet and need to know where to start with revising, why not take a look at our Driving Theory Test 4 in 1 App?