Driving isn't something that can be rushed! | Driving Test Success
< Back to blog

Driving isn't something that can be rushed! 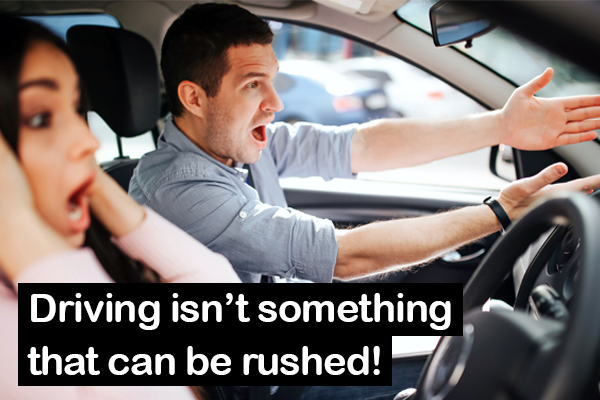 Among the 1.5 million tests taken this year, more than 50,000 of those bookings were someone’s sixth attempt or more.*

The data for the 12 months to April, collected by the RAC Foundation has been investigating the recent pass rates among new drivers across the UK.

From the 50,875 tests taken from those who had already taken five Practical Driving tests, just 20,346 resulted in a pass.

This is compared with a 49% pass rate for all 1,538,314 Practical Driving tests sat during the same period where the pass rate for the first-time test candidate was also 49%.

Learners aged 60 and above made up for 290 of the tests taken by candidates with a minimum of five previous fails. Their pass rate was 27% for men and 19% for women.

The coronavirus pandemic led to a shortage of driving test appointments as capacity couldn’t keep up with black log and increase in demand once everything resumed to somewhat normal.

With thousands of newly turned 17 years olds and other inspired learners around the UK waiting to get their full licence, it was also announced that some motorists were travelling up to 100 miles away for Driving Test appointments. Along with others waking up in the early hours of the morning to snap up any available cancellations.

We worry that learners are booking their tests before they are ready, or swapping their tests for close cancellations from the fear of having to wait over six months to take their Driving Test.

Imagine cancelling your test for a last-minute cancellation, taking the test and then going on to fail. You will have to rebook another test, which will be at least four months away when you could have just been patient and taken your test when you would have been ready.

We have recently partnered with the DVSA with the aim of spreading awareness about their ‘Ready to Pass’ campaign. The point of the campaign is to pose the question, are you really ready to take your Driving Test?

It isn’t to put you off from taking your test, it is inviting you to reflect on whether you’re ready right now or if you could do with a bit more time. With their checklist, you can decide for yourself. Check it out here.

Driving isn’t something that can be rushed. The waiting times are high but don’t see that as a negative. The more practice you have the more chance you will have of passing and also you’ll be a much better driver for it.

Speak to your instructor before swapping your test for any cancellations! They will know if you are ready for the closer date.

*Examination data collected by the Department for Transport.