Driving Test examiners could switch from the current paper form of marking results to an app.

The DVSA says they are developing a new app for Driving Test examiners so they can mark the Driving Test electronically instead of relying on the paper DL25.

Not only would the app improve the way examiners work but it could make it quicker for successful candidates to get their driving licence.

As part of the gradual roll-out of the app, a few Driving Test examiners will start using it from 9th October 2019 to provide their feedback to the DVSA.

The benefits of Driving Test examiners using an app

Driving Test examiners can deliver up to 7 tests a day, where they have to fill out candidate information and provide a statement of what happened on the previous test on paper forms.

By using an app which is accessed on a tablet, candidate and test information will be automatically available based on the information provided when the test was booked.

The app will also:
•    Contain information around the examiner’s schedule for the day
•    Highlight any specific needs for a candidate (so the examiner knows if they need help)
•    Allow the previous test overview statement to be completed quicker and easier
•    Allow candidates to electronically sign the residency and vehicle insurance declarations (as they do on the current paper version)

What does a digital Driving Test mean for you?

The actual Driving Test will remain the same and you will still be tested on all the areas you are now within the same timeframe.

The ONLY difference is that the examiner will record the results electronically on the app, not on the current paper form.

The DVSA believe that by removing almost 2 million paper test forms from their processing that successful test candidates will get their full driving licence much quicker.

The DVSA also say their prototype version of the app has received positive feedback so far, and will only be used for the car Driving Test for a small number of tests while more feedback is sought from examiners and candidates.

Once they’ve collected enough feedback, they will look to roll out the app for all test categories. 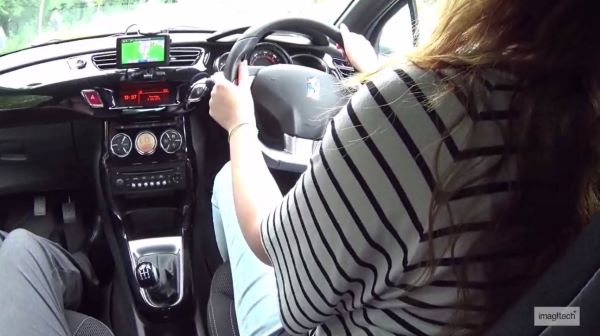 What about distracting drivers on a test?

The DVSA recognise that driver distractions need to be considered, so will make sure that examiners use a privacy screen, and that the tablet will be securely held in a wallet.

Before a candidate begins the Driving Test, examiners ask them to confirm how they want to receive a summary of the test by email or post that:
•    Confirms the test outcome
•    Lists any driving faults
•    Includes information about further training
•    Explains how to book another test if they failed

To reduce the opportunity for fraud, an examiner will not be allowed to enter a different postal address on the day of the test, so it’s important the correct address is used at the time of booking.

We’ll keep you up-to-date on the progress of the app and when it gets rolled out further, but the important thing to remember is that the Driving Test itself is not changing, so prepare as you normally would!

If you need to know what to expect on your test, read our blog that outlines exactly What happens on the Practical Driving Test.

The My Driving Pal App

Created for UK car owners, the My Driving Pal App is the latest app designed to be the essential companion to keep drivers and their vehicles organised, all while staying within the law.