Electronic stability control and the Theory Test
< Back to blog

Did you know you could be asked about electronic stability control (ESC) as part of the Driving Theory Test in 2020? It’s important to know what it is and how it can help when a car skids in slippery conditions.

When the ESC system detects any loss of traction, it automatically makes corrective adjustments to prevent loss of control to individual wheels and regain stability (as long as the slide or skid isn’t severe). When it’s in operation, a driver may remain unaware of what limits the car is under, so cars fitted with the technology will have an indicator lamp that flashes when it’s in use.

Drivers need to take immediate action if the electronic stability control system begins to flash, as this is an early warning sign that you should slow down immediately.

What causes a car to skid?

The best protection against skids is to drive in a way that can avoid them in the first place! Driving at speed, taking a bend too fast, needing to take evasive action and not taking care in slippery conditions are all factors that can lead to a skid. A concerning fact is that most drivers don’t know how to combat a car that is skidding or sliding. 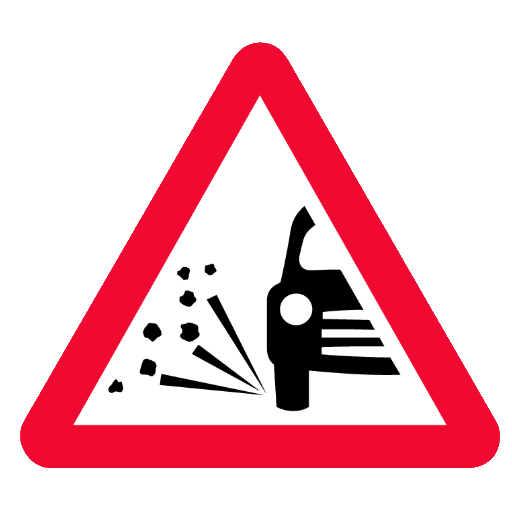 There are conditions that you should be on the lookout for such as road signs indicating the likelihood of slippery surfaces, but you should also use good judgement. If you can see that the road looks slippery (even in the summer) such as from rain, ice, snow, frost, wet mud, and wet leaves, the best option is to keep your speed down. It’s worth noting that loose road surfaces, oil and diesel spillages, as well as patches of new tarmac, will also make a road slippery!

Slowing down, steering and braking gently, and using engine braking will help to avoid a skid, and remember that on very slippery surfaces, your stopping distance can increase by ten times compared to a dry road.

The DVSA official guide to driving clearly states that; “drivers have a responsibility to be able to stop in the distance they can see to be clear, and not to rely on manufacturers’ safety devices to overcome bad driving.”

Although cars fitted with electronic stability control can help to reduce the likelihood of being involved in a fatal crash, it simply can’t overcome the safest option which is to drive with care in the first instance. And while the technology is a benefit as it automatically applies small amounts of braking at the beginning of a slide, it still ultimately relies on a vehicle’s overall braking system and tyres.

It simply won’t prevent accidents if you drive at high speed or don’t take extra care in poor road conditions.

If you find yourself in a skid or slide, there are a number of actions to take including:
•    Remove your foot from the brake pedal. It’s instinctive to brake, but this makes matters far worse, so keep your foot completely off the brakes.
•    If the skid is more than just a slight slide (that you could control easily), you need to bring the wheels into line again. This is done by easing off the accelerator and turning into the direction of the skid. For instance
-    If the rear of the vehicle is going left, you need to steer left to bring the front wheels into line with the direction of the back wheels.
-    If the rear of the vehicle is going to the right, you need to steer right.

Remember that too much movement of the front wheels will lead to another skid in the opposite direction, so steer smoothly!

If the front wheels are sliding instead of, or as well as, the back wheels, release the accelerator and don’t try to steer until the wheels regain some grip.
This problem will be replicated if too much power is applied on a front-wheel-drive vehicle, so again, ease your foot off the accelerator.

The Driving Theory Test 4 in 1 App has over 70,000 positive reviews and ratings across the iOS and Android app stores, proving just how popular and loved the app is!