How to pass your Driving Test

A survey of Driving Instructors has highlighted the high levels of road rage aimed at learner drivers and how it’s affecting their driving.

Anyone who has ever learned to drive will probably remember being pretty nervous on at least some of their lessons, especially when trying out manoeuvres for the first time. Imagine then, how it must feel if you’re having to suffer abuse from other motorists when trying to concentrate on learning to drive.

The sorts of road rage we are seeing

A survey of 610 Driving Instructors by Marmalade Insurance has shown some shocking statistics of just how much abuse learner drivers are getting on our roads. 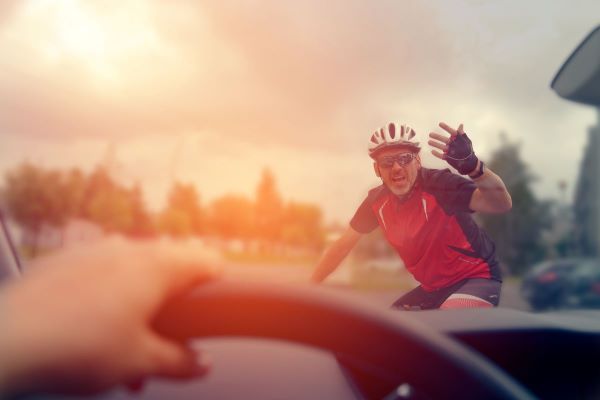 The road rage aimed at learner drivers is extremely concerning and is affecting their confidence with many students making even more mistakes because the abuse is making them even more nervous.

In fact, the survey said that 85% of learners do become more nervous and make more mistakes!

And, 22% of learners have cried with 8% giving up learning to drive entirely because they are so scared! The survey even says that 1.5% have been involved in an accident because of the road rage aimed at them.

It isn’t just learners who are suffering from road rage abuse though.

You might remember the story from comedian Jason Manford who was followed for almost 80 miles (until he reached a police station) by someone driving dangerously around him and flashing his lights.

This all happened because Manford was unable to help the driver earlier who had asked for some jump leads!

Why is there so much road rage aimed at learner drivers?

Are we all in so much of a rush to get where we’re going that we lose all patience? Do we see ‘L plates’ and think we’ve got to get past as soon as possible? Well, there may be some truth in that.

The Marmalade survey showed that 93% of instructors encountered more abuse when they had L Plates on their car, even though their driving doesn’t change whether they have L Plates attached or not.

So, the issue seems to be that most drivers aren’t allowing learners any space or time to learn to drive properly.

Driving around them in a dangerous manner only serves to make a learner more nervous and likely to make more mistakes, which in turn makes other drivers want to get past or shout abuse.

It’s a vicious circle that has to stop!

Do you agree that that road rage aimed at learner drivers should stop?

If you agree that people who are causing the road rage should face penalties for acting dangerously, then sign this online petition https://petition.parliament.uk/petitions/276599

The petition is asking that a minimum fine of £100 and 3 penalty points should be put on the offender’s licence to deter abusive behaviour.

If you’ve experienced abusive behaviour, tell us about it here, and don't forget to sign the petition!