What to expect on your Practical Driving Test

What type of car will you drive?

From Monday 4th June 2018, learner car drivers will be allowed to take motorway driving lessons with an Approved Driving Instructor.

The multiple-choice Theory Test questions and Highway Code will be updated to reflect these changes, which you can find in the latest 4 in 1 Theory Test app from Driving Test Success.

Rule 253 of The Highway Code will be updated on the 4 June 2018 to explain that learner drivers are allowed on the motorway with an ADI in a car with dual controls. 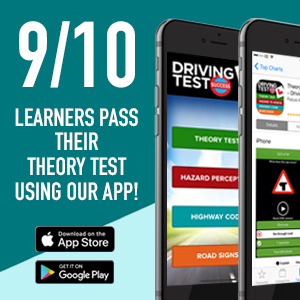 The decision follows a consultation where 80% of respondents thought that learners should be “allowed to take lessons on motorways, subject to certain safeguards”.

While motorways are statistically the safest roads in the UK, they’re also a real source of anxiety and nerves for many motorists.

This may not be as much of a concern for learners who have a busy dual carriageway in their area, but for many drivers who don’t, the thought of motorway driving can be daunting.

However, provisional licence holders will be able to drive on the motorway under strict new rules.

Why are the rules changing?

The changes are being made to allow learner car drivers to:

It is worth noting, however, that motorway driving will NOT be forming part of the new driving test.

An Approved Driving Instructor must assess when a learner is safe to drive on the motorway, and only then can a motorway lesson go ahead.

And as mentioned above, if you don’t feel comfortable driving on the motorway at that point, you can choose to push it back to a later date or to not do one at all.

The DVSA has said the changes will be “well-publicised” so learners, instructors and other road users will be prepared for the changes, and know what to expect.

The consultation carried out by the Department for Transport (DfT) between December 2016 and February 2017 received 2923 responses, from which:

Concerns were raised about the distance some learners would have to drive to reach the motorway if they live in a more rural location.