New research claims Theory Test is tougher than ever

The statistics also show that women are more likely to pass. The DfT reports 49% of women passed, as opposed to only 45% of men.

In addition, the number of Theory Tests that have been taken is also declining.

And, new research from MoneySupermarket, based on a survey of 2,800 UK drivers, claims that only 4 in 10 British drivers (that’s 43%) think they would pass the Theory Test if they were to take it now.

According to the survey, men were confident and were able to answer more correct sample questions.

The Theory Test is tougher

These new statistics prove just how difficult the Theory Test has become compared to years ago.

For instance, in 2007, the multiple choice questions increased from 35 to 50, and in 2012 the answers to the test stopped being available online to stop learners memorising them.

This latest news is concerning, especially if you’re looking to sit the Theory Test, but backs up our advice that you MUST prepare, revise, and practice!

Getting the best Theory Test revision

The DVSA has a database of over 1,100 questions, and while it would be a perfect solution for you to know all the answers, it’s far more realistic that you understand the sorts of questions you’ll be asked.

Our Car Theory and Hazard Perception Revision Anytime Online Training can provide you with ALL the revision practice you could need to make sure you’re giving the correct answers as it contains the licensed DVSA questions.

It’s a complete solution that not only prepares you for the multiple choice questions, but there are also over 700 interactive Hazard Perception clips; allowing you to take an unlimited amount of mock tests for both. 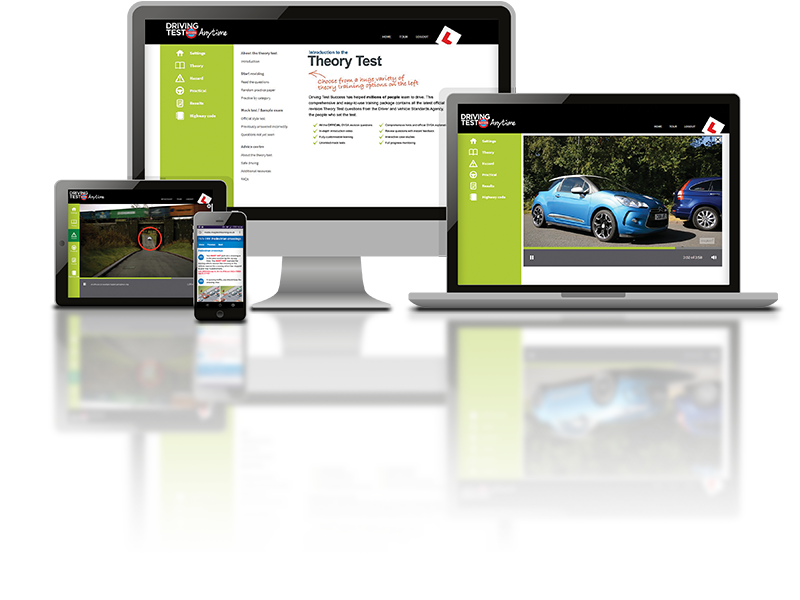