What is the most common thing people fail on their Practical Test? | Driving Test Success
< Back to blog 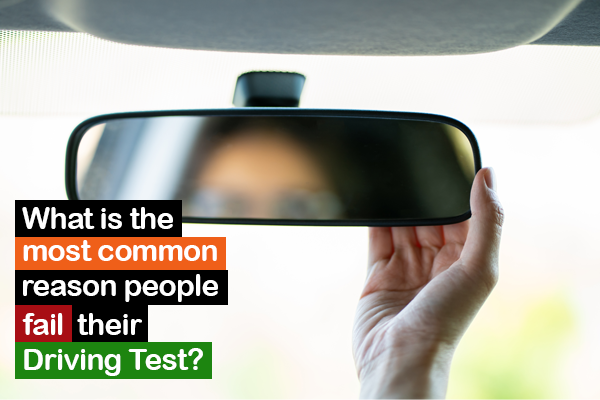 According to the DVLA, not looking correctly at a junction has been announced to be the most common reason people failed their test last year.

At 48.7%, this year's pass rate indicates that on average, only one in two applicants is successful.

The data has repeatedly occurred, demonstrating that the same cause of failure has persisted year after year.

The most common reasons for test failure from the year to March 2022 were:

The top five reasons above have been exactly the same as the year before.

In November 2022 it was revealed that 50,000 tests taken each year are done by learners who have already failed five times or more.

Charity RAC found that 50,875 practical tests taken across Britain in the 12 months to the end of March were the candidates’ sixth or more attempts.

A clear theme that this data shows is that becoming a qualified driver is important to these learners, so much so that it is worth the expense and time involved in securing their licence.

Although it hasn't been easy for learners across the UK; their ambition to succeed has been greatly fueled by the industry's closure due to the epidemic and the current test centre strike.

Are you waiting to take your Practical Driving Test? Can you say you are 100% confident in all of the below?

If you are nodding then great! Take your test confidently knowing you have done all you can to prepare. But, if you aren’t feeling confident in all five pointers then we would recommend moving your test back to a later date.

Read the DVSA’s ‘Ready to Pass Campaign’ here for more advice and help on being test ready.